Now that the coastal forest area called Preservation Ranch has been officially saved, there will be some backslapping and congratulating going on over this success. And there should. The effort of changing some twenty thousand acres from a land development project into conservation status takes the work and love of many individuals representing many organizations and agencies. 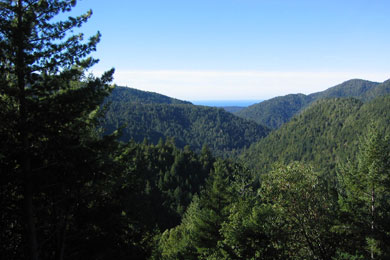 The question of who may be more responsible for PR’s demise and consequent conservation is one that I would like to entertain. It’s probably true that PR did not succeed because of a combination of factors such as an over zealous business plan, dubious funders, unpredictable grape prices or a combination of these or other factors.

During the many years the project has been in the development phase, there was a ‘wait and see what happens attitude’ by our local government and agencies. To my knowledge, I only knew of one group who did not wait and see but acted. This was FoGR who also enlisted support from others like the Sierra Club’s Jay Halcomb and the [Sonoma County] Water Coalition in carrying out a dynamic campaign to stop PR. 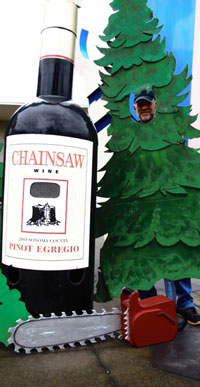 With little help from officialdom, FoGR spent hundreds of hours and dollars hiring experts, filing official comment letters detailing the science behind the impacts proposed. Further, they examined the business plan and who funders were, such as CALPERS, and were able to shine a light on the weaknesses and inconsistencies of these.

They did not stop there. Chris Poehlmann created a large bottle of wine called Pinot Egregio, Chainsaw Wine, that created publicity at many public events. They created a giant banner of ninety-some thousand signatures opposing the PR project and presented this at public hearing on PR project. These are just some of the highlights.

Congratulations to FoGR, and thank you for fighting for this land. We will always remember you when others are receiving and accepting credit for closing the deal.

I sincerely hope that the mainstream press and officials at future dedication ceremonies recognize Chris Poehlmann, Peter Baye, Dave Jordan and others involved in FoGR for the sacrifices they made against enormous odds. Lest we are encouraged or allowed to forget, a few people are what it takes to make a difference. 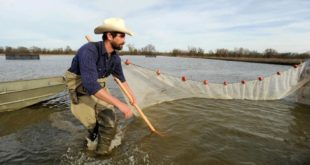