Excerpted from “The effects of timber harvest versus forest protection in JDSF [Jackson Demonstration State Forest]” by John O’Brien, PhD.

Dr. O’Brien has a doctorate in climate and atmospheric science from U.C. Santa Cruz, and lives adjacent to JDSF, but his comments on logging and climate change are relevant to similar redwood forest lands on the northern California Coast.

Short of burning fossil fuels, cutting down trees is the single worst thing we can do for climate change. Not only do trees directly remove CO2 from the atmosphere and store it for centuries to millennia, the very act of cutting them down results in immediate carbon releases via felling, hauling, milling, and processing machinery that represents a “double hit” to the climate. Climate change presents a clear, present, and ever increasing danger to nearly every aspect of our lives and the earth system, including our terrestrial forests. The overwhelming body of scientific evidence indicates that forest mortality will drastically increase in the future with conifer species being disproportionately affected (McDowell and Allen, 2015). Agents of change include but are not limited to water and temperature stress, insects and pathogens, wildfire, logging, and urbanization to name a few.

The continued logging in JDSF presents a tremendous lost opportunity to protect biodiversity, mitigate climate change, generate revenue, restore endangered species habitat, reduce wildfire risk, remedy social injustice, and conduct meaningful science aimed at saving our forests and planet. Selected key take-aways from the research conducted herein are summarized below and expanded on in the body of this letter.

Forestry and Fish in Northern California – a reading list 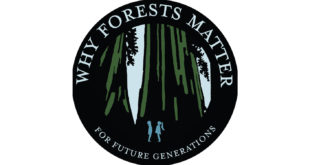