Historically, the Gualala River was home to abundant coho salmon and steelhead trout populations that numbered in the tens of thousands. Today, the endangered coho salmon are all but gone and threatened steelhead are struggling to survive in the home river they evolved and adapted to over millennia. The dwindling salmonid population is a critical indicator of the declining health of the Gualala River, and its 300 square mile watershed, and continues to be at the core of Friends of Gualala River’s (FoGR’s) work.

The dwindling salmonid population is a critical indicator of the declining health of the Gualala River, and its 300 square mile watershed, and continues to be at the core of FoGR’s work.

In 2001, the U.S. Environmental Protection Agency (EPA) listed the Gualala River as impaired under the Clean Water Act 303(d) due to excessive sediment and high temperatures – both conditions that hamper spawning and create unhealthy conditions for fish throughout their lifespan. Sediment settles into gravel on the river bottom and smothers fish eggs, which can prevent them from hatching. Salmonids depend on cool water for survival and the removal of trees along the river and streams reduces canopy cover and shade, which causes water temperatures to rise. These conditions persist to this day, 20 years after the Gualala River’s listing by the EPA.

Timber operations, with the vast system of roads they require, are the primary source of polluting sediment that propels the ongoing impairment of the Gualala River, its tributaries and salmonids. Heavy equipment driving over miles of dirt and gravel roads through forest and floodplains, and trees dragged by cables across the forest floor, are some of the actions involved in timber harvests that leave the harvested area disturbed and sometimes denuded. When rain arrives, dirt and fines, minute particles of ground gravel and dirt, in the harvested area are washed away and deliver a significant amount of sediment into nearby creeks and streams which flow into the main stem of the Gualala River.

While other factors such as historic logging operations, topography of the watershed, climate change and drought conditions also influence sedimentation and temperature, the one factor we can best control is the mitigation of current timber harvests in the watershed.

FoGR is working to improve water quality, aid in salmonid recovery and address the contributing problems through multiple science-based approaches.

One effort is to protect floodplains throughout the watershed by opposing floodplain logging, as FoGR has done and continues to do. Floodplains are important to the river’s health because they capture and hold sediment and debris, which improves water quality and salmonid spawning and rearing habitat. Juvenile salmonids migrate into floodplains during and following high flows to seek winter rearing habitat and refuge.

Juvenile salmonids rearing in the floodplain have significantly higher growth rates than those rearing in riverine habitats. Additionally, the largest and fastest growing redwood trees in the Gualala River watershed are primarily found in its floodplains, and if allowed to live undisturbed, are exceptional at sequestering carbon, according to the latest science.

FoGR is also actively working to protect the Gualala River’s North Fork and Little North Fork in the watershed’s northwest corner – the only hydrologic area in the watershed that is not temperature impaired – which serves as a last healthy refuge for coho and steelhead. This work is crucial and time-sensitive as there are currently three timber harvest plans (THPs) prepared by Gualala Redwood Timber for the North Fork and Little North Fork area. The three plans, Far North, Little and Elk, include logging in floodplains, clear-cut operations and water drafting.

In addition to salmonids, the North Fork area of the watershed is known, or appropriate, habitat for the northern spotted owl, foothill yellow-legged frog, California red-legged frog and marbled murrelet. The California Department of Fish and Wildlife submitted extensive reports to CAL FIRE detailing its concerns and recommendations regarding the potential harm that the Little and Elk THPs could have on these species.

To build on the strategies described above, FoGR is seeking systemic reform that would benefit and improve water quality and salmonid habitat in the entire watershed. To accomplish this goal, FoGR recently turned to the State Water Resources Control Board (State Water Board) for help. The State Water Board, assisted by its nine regional water boards, is responsible for preserving and restoring water resources in California to protect environmental and public health and beneficial uses, which includes fisheries resources.

The North Coast Regional Water Quality Control Board (Regional Water Board) is responsible for regulating sources of sediment and temperature impairments necessary to restore water conditions to support cold water fisheries in the Gualala River watershed. To that end, the Regional Water Board reviews THPs, before they are approved by CAL FIRE, to ensure that the amount of polluting sediment that the plan reports to discharge will not exceed the regulatory limit.

The regulatory limit, known as the Total Maximum Daily Load (TMDL), was set by the EPA in 2001 to establish the maximum amount of pollution, or sediment in the case of the Gualala River, that can be delivered into the Gualala River and its tributaries without exceeding water quality standards. Twenty years later, the Gualala River remains impaired, while the State and Regional Water Boards have fallen short of their mandate to adequately address and control sources of sediment pollution.

The Gualala River watershed has waited long enough for help in restoring its impaired waters. This lack of progress has prompted FoGR to hire legal counsel to petition the State Water Board to request the agency to: 1) adopt the Gualala River’s TMDL into the North Coast Basin Plan; and, 2) develop and adopt an Action Plan to achieve the TMDL and improve water quality as required by the EPA Clean Water Act. The petition also calls for the State Water Board to stay the enrollment of the Far North THP in the General Waste Discharge Requirements (WDR) Program because the THP will substantially contribute to the ongoing sediment impairment of the Gualala River and further imperil coho and steelhead, and fails to demonstrate that it complies with the WDR.

To substantiate this defect, FoGR hired a professional hydrologist to conduct a sediment analysis, which showed that the Far North THP would exceed sediment discharge limits from 130% to 4,500%. Despite this evidence, the Regional Water Board enrolled the Far North THP in the WDR. FoGR had sediment analyses conducted for Little and Elk, the other two THPs planned for the North Fork area, and reported that they too would similarly exceed allowable sediment discharges. These sediment reports were included in the petition submitted to the State Board.

Presently, FoGR is waiting for the State Water Board to respond to its petition and request for an evidentiary hearing before the Board. A reply is expected by late June and we will keep our members and supporters updated. Meanwhile, we are actively working on this project and asking for donations to assist in these efforts. Thank you to the many caring supporters that make this meaningful and necessary work possible. 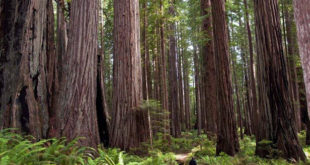 Forestry and Fish in Northern California – a reading list